skip to main | skip to sidebar

A Breath of Fresh Air 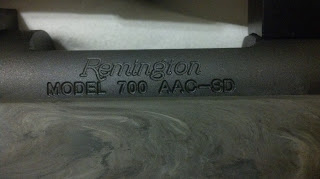 Looky looky!
For the past several years, I have focused on pistol shooting.  Anything tactical, or anything geared toward self defense.  I still love playing the shooting games.  I still carry daily.
But....
Things change from time to time.

My daughter is dating a young man who is an avid hunter.  He has come to our home more than once bearing gifts of wild game.  Venison, fish, hog.  Recently he mentioned that I would be able to accompany him and his father on a hunt this fall.

When I was a kid, my dad took me hunting all the time.  We also fished quite a bit.  I went on a couple of deer hunts with dear ol' dad, but I never shot one.  I've never even seen a deer shot before.  We hunted duck and dove mostly.  And if we weren't in the field, we were on the water.  Lots and lots of good memories.

So, when my daughter's suitor asked me to go, I said, "yes", of course.  And I knew that I would have to hit the range to make sure that I would be able to hit what I was shooting at.

So, I dragged out and dusted off my Springfield Armory M1A.  I bought it the day that Obama was elected.  What a terrible day that was.  Since purchasing it, I installed a tri-rail that replaced the original upper hand guard.  On that rail, I placed a Burris 3x9 scout scope.

Kelly and I got to the range early on Friday morning.  I had to chronograph some newly loaded .45 ammo, and then I went to the rifle range.  I started at the 35 yard range to get the scope on paper.  I shot my AR15 first, and then followed with the M1A.  I was able to hit the holes I made shooting the AR with the M1A.  This put me in a wonderful mood.

As I was packing my gear to move to the 100 yard range, a friend of mine called me to his shooting station.  He has a Remington 700 LTR.  He asked me to shoot it (because he's an awesome guy).  The trigger was so nice that it scared me when it discharged.  When I looked through the scope, it appeared as if I had missed the target entirely.  That is until my friend said, "no... you hit my hole".  What a great rifle!

Then we moved to the 100 yard range.  Things here went south quickly.
Kelly was my spotter.  After the first shot, she reported that I was at 9 o'clock.  The second shot was just a little above the first.  The third was just a little above the seond.  I was pretty stoked.  When I looked through the spotting scope, however, my rounds were not grouped as I had imagined.  Instead, they were about an inch and a half from each other.  The best I could manage was about a 3" group.

Granted, I had a tri-rail mounted to the rifle, and it was touching the barrel.  I was also shooting military surplus ammunition.  But I still feel I should be getting better groups than that.  And after shooting my friend's rifle, I was quite disappointed.  So, we left the range and I went home to read.

So I sold it.
To make room for my new one.

Now, I do a lot of shopping around before buying a rifle.  I read article after article, and talk to as many people as I can.  I even flip flopped between a rifle like this and a short barreled AR15.  I found a rifle at a very large firearm store in Houston, and they quoted me a wonderful price.  So I called another store, a newer one in League City.  They said they would match the price of the other shop.  Then, on a recommendation from a friend, I called The Scope Smith. 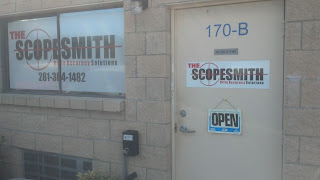 Actually, I emailed him.  It's hard to talk on the phone while at work.
Jose, the owner of the store, emailed me back in very short order.  His quote beat the other two quotes by more than twenty dollars.  We emailed back and forth most of the day.  I told him I would be there the following evening to pick up my rifle.

Let me say, Jose is a breath of fresh air.  You've read my experience with the people at Primary Arms (below).  When I arrived at Jose's shop, he had everything picked out.  I told him that I didn't want to spend much more than $1,000.00, and he had priced out a package that totalled 990, tax included!  We discussed different scopes for a while, and I chose the Nikon Monarch.  It's a 2-10x scope, and it was a little more than the Leupold that Jose had quoted, but that was alright.  I exceeded my original budget, but only by $125 - and it was my decision to do so.  The Leupold would have worked just fine, but I liked the reticule on the Nikon better.

The only problem was that he didn't have the scope in stock.  So he ordered it late Tuesday afternoon.  The scope arrived Thursday and was mounted that very day.

Jose's shop is not large.  It is very cozy.  He greets you with a smile at the door. 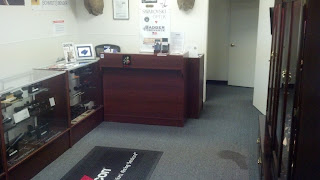 There's a lot of cool stuff inside. 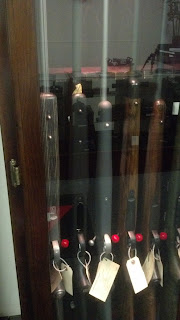 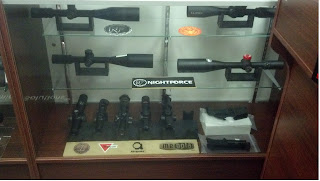 Jose emailed me as soon as my scope arrived.  By the time I arrived at his shop, the scope was mounted partially.  He then had me look through the scope to make sure that the eye relief was alright.  After a few minor adjustments, he torqued everything down.
To say that Jose is a professional would be an understatement.  He mounted the scope and bore sighted it for free.  He even printed out a rebate form so that I could participate in Nikon's rebate program.  This is a first class operation.

If you are even considering purchasing a new firearm or any accessories, you would be well served to give Jose a chance to earn your business.  I know he has mine.  I will be a customer at The Scope Smith for years to come... and as often as my checkbook (and lovely wife) will allow.

Next update: Range time and pictures of the new 700

Who is this guy?